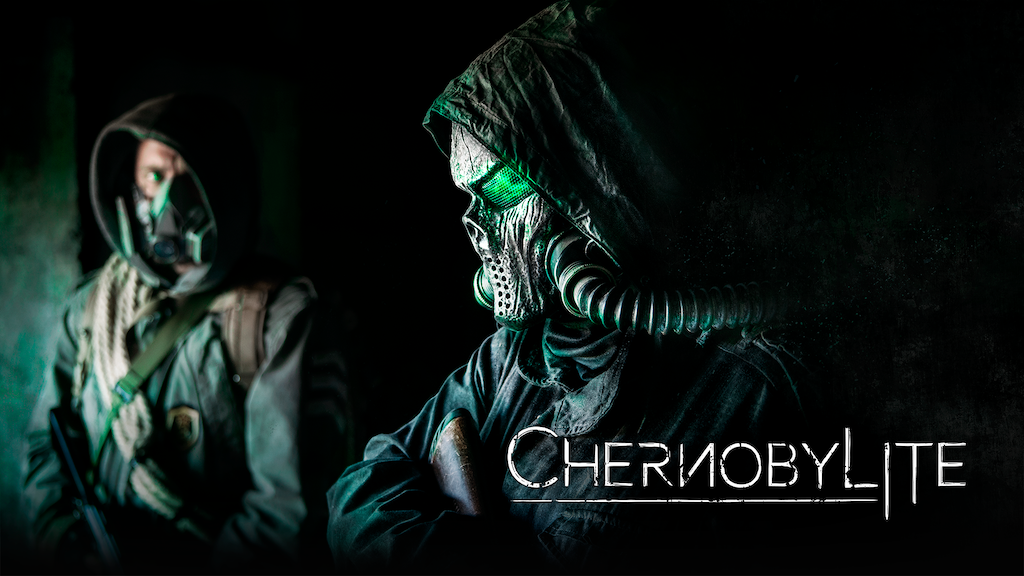 I spent the last few days trying figure out how to start with this review and every time I thought about it, I would always circle round in the thought process about the intrigue of science fiction that sparks in its readers, viewers, even the creators themselves. Chernobylite offers a virtual look into The Exclusion Zone more on this a little later on in the article. In this game, we play as Igor on his way to find his beloved, Tatyana. Come, take a journey with me as we, once again. Dive into the breach with me and the pre-alpha demo for The Farm 51’s Chernobylite.

Imagine a video game where there are some elements from games like Escape From Tarkov, Metro:2033 and S.T.A.L.K.E.R in a three-dimensional scanned recreation of the ghost city of Pripyat, Ukraine, home of the Chernobyl Nuclear Reactor Power Plant.

Chernobyl is a catastrophic accident that occurred in a city named Pripyat in the northern part of the Soviet Era Ukraine. The number four nuclear reactor at the Chernobyl Nuclear Reactor Power Plant, to explain simply, exploded. This event occurred in 1986 during a simulation of a total station blackout, an event which led to the creation of a true to life ghost city, whose flourishing past is merely a shadow of its former self. The explosion of radioactive isotopes caused extreme changes to flora and fauna over the course of the past 33 years.

There have been studies done testing the health of the cleanup workers known as the “Liquidators” while no health risk rose, there was a surge of psychological effects to the workers showcasing things such as suicides, alcohol abuse, and apathy. This event also sparked better research into the aftereffects, manifesting better countermeasures for prevention and aftermath. If I went into more detail about the actual event, this would be a whole different article; there’s so much to talk about.

The areas around Chernobyl have repopulated because of humans being evacuated. Studies by scientific investigators suggest that existing species have multiplied and rare species of animals not seen in the area for centuries have resurfaced.

Chernobylite is an early access project in the beginning stages of development. The build I played is the Kickstarter demo, there are many mechanics missing from the build. Being able to play this build means a lot for several reasons, one of those reasons is that I was not able to play video games like S.T.A.L.K.E.R (2007) and Metro: 2033 (2010) when they were new releases.

Another reason is that as an aspiring writer trying to make a name for myself within this video game menagerie, getting hands-on impressions on games that aren’t available to anyone outside the media or press side of things is a dream. Nowadays it’s common for someone to say they played pre-alpha, alpha or beta with the rise of the early access games open to the public through different platforms like Origin, Steam among others, for example. I am super grateful and honored that through Stack up and Agnieszka Szostak I have the opportunity to review Chernobylite, I had a lot of fun with the game. I am very much looking forward to exploring and covering the rest of the game as it grows, it’s obvious that early builds come with certain bugs and glitches. That is something that in reality can’t be escaped during development and it’s very understandable.

On a little bit of a side note for anyone who might be interested. There is a series of documentaries created by a YouTube channel by the name of GVMERS. They do excellent research and investigation into the story behind several video games. One of the documentaries is that of S.T.A.L.K.E.R created by GSC Game World, recommend checking that out.

Unfortunately for me, there’s not much to review in this current stage of development. The demo ends after a few days in the game. Depending on your pace, you can finish the demo in just a few hours.

The Farm 51 has started on the ground floor of something very interesting. Mixing the first person nonlinear narrative with a very eerie and unsettling backdrop. There’s a big psychological aspect to it, it’s one thing exploring a fictional area, however, It’s something different being able to explore a 1:1 rendering of a real-world location. The Tili Tili Bom Music Video that released alongside the demo serves as an adequate introduction to the video game. While not yet optimized, you can experience a lot of the early magic. The three-dimensional scanned environment of the ghost city of Pripyat is chilling. Mixing the true nature of the disaster with paranormal/interdimensional lore, striking at the center of intrigue like a marksman’s bullet.

It is truly a gem among many gems rising in the indie scene seeing first hand the passion creators have for their video games. It left me wanting more and I eagerly await the future of this title and wish to cover Chernobylite and other games from the team of The Farm 51.

This is Nightmare, out.

Cant wait for this game and the whole zone scanned!